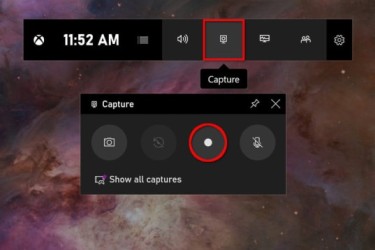 How to Record Screen on Windows 10: Windows 10 has innumerable features to explore that make tasks simple and easy. If you want to record whatever you are doing on screen, whether playing games or making a video call, performing a financial transaction, making a tutorial video, or pretty much anything else, it can be done quickly with an in-built feature and 3rd party software as well. In this tutorial, we will show you how to record screen Windows 10 without spending a penny on any fancy software.

Ways to Record Screen on Windows 10

Screen recording on windows 10 is very beneficial when you wish you share a clip with your social media friends. And the Windows 10 built-in app that helps you record screen easily is the Game Bar. If you are not a gamer, maybe you aren’t aware of the amazing features that come with the Windows 10 Game Bar.

In Windows 10, the Game Bar is an Xbox feature that is still very useful on your Windows machine. Once you open Game Bar, it may ask you whether you want to record a game. Just check “yes” even if you are not recording the gameplay. Once you tick the checkbox, it works great to record everything that you have on screen. To use the app, it is essential to login from your Microsoft account or set up a free Xbox live account to view the recordings.

With that said, follow the steps mentioned below to understand the process of recording Windows 10 screen.

The Game Bar allows changing the shortcut commands for convenience. If you find it difficult to recall Windows shortcuts, you can keep easier shortcuts as per your choice.

The app does not allow changing the output folder and saves the recordings in the above folder. Whereas, you can customize the settings for video quality and resolutions, and you can choose either standard or high.

How to add voice during record screen windows 10

In case, you need to record your voice along with screen recording windows 10, it is also possible. Use the shortcut command Win+Alt+M to turn off the microphone and press the keys again to turn back on. Adding a voice narration to the videos becomes simple with the above features. You can easily add voice or mute while recording. Taking a screenshot can be done in seconds with a command Win+Alt+Print Screen. Hence, both the files get saved in the folders. The screenshot is saved in Jpeg format.

The Game Bar feature can be used as screen recorder Windows to capture all kinds of on-screen activities. For example, if you wish to record an activity in Adobe Photoshop or web browser, you may get an error message that “gaming features not available”. In such cases, you can enable the checkbox to enable gaming features for that app.