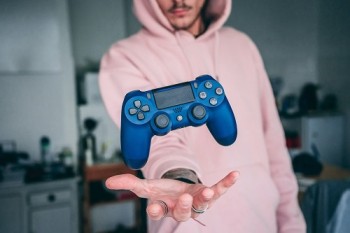 When a new game is released, it will usually be available on multiple consoles and PC so most people will be able to play them regardless of their platform preference. However, PC gamers and platform gamers are often not interested in the same games, as PC gamers tend to be more into strategy games and skill games like first-person shooters.

On the other hand, console gamers tend to be more into fun, casual games that are good to play with friends.

Gameplay aside, consoles and PC have their pros and cons when compared with each other. For example, consoles come with mostly standard specifications and can play all games made for that console. Other advantages include using gaming controllers that are more convenient than the keyboard and mouse that PC gamers typically use.

Advantages of using a PC include their highly upgradable nature, meaning you can keep a rig reasonably modern with occasional upgrades as required. Additional options like gaming VPNs help enhance performance even further, and the latest PC monitors offer stunning clarity to help make the most of the already impressive graphics.

PC users can also use their machine for a wide range of work, from graphic design to writing, and there’s a reason why you won’t find plagiarism checker software for a console.

Despite the pros of a PC over consoles, the keyboard and mouse combo are not ideal for people who want to lay back on the sofa and play. For that level of relaxation, you will need a console-style controller. The good news for PC gamers is that it is possible to use a PS4 controller to play games on their rig.

Let’s look at some ways to do this.

Connect a PS4 Controller with DS4Windows

Microsoft makes the Xbox console as well as the Windows operating system that many PCs use. Thus, it should come as no surprise that Microsoft has made its Xbox controllers compatible with Windows.

The software you need is called DS4Windows. The software is completely free to download and use, and it will be downloaded as a zip file. If you don’t have zip software, you will be able to find plenty of free options to download.

Unzip your DS4Windows file to a location of your choice – the desktop will do just fine for now. Once the file is extracted, then click on it. If you’re asked to, click on “run.” You may also be asked where you want the program’s save files to be located. Next, say yes when you’re asked if you want to install the DS4 driver.

With the driver installed, there is one more step needed before you can use a PS4 controller on your rig – which is to restart your computer. After you restart the computer the controller will be ready to go.

Connect a PS4 Controller with Steam

Steam is a popular online store where you can buy and download games. The range includes pretty much everything from older classics to the newest titles, and Steam account holders even get to take advantage of the occasional free offering.

Not only is Steam an excellent game store, but it’s also trying to be so much more. For example, the platform offers video streaming, server hosting, and social networking services. Another really cool feature that Steam enables is the ability to stream a game to your underpowered laptop from your high-end gaming rig. This streaming ability lets you play the latest titles even on a laptop that would usually struggle to cope with Minecraft.

To get back on topic, Steam also lets you use a PS4 controller to play Steam games.

One advantage of this method is that it’s easy to set up and use. However, one quite considerable downside is that you can only use it if you’re playing games in your Steam library.

Connect a PS4 Controller with Bluetooth

If your rig has a Bluetooth adaptor then you can use this to connect to the PS4.

All you need to do is make sure Bluetooth is switched on in your rig. You can find out by searching for “Bluetooth” in Windows search. Then, simultaneously push the controller’s share button and PlayStation button, which should cause the backlight to start flashing.

Next, return to your PC Bluetooth menu. Click on the option that says “Add Bluetooth or other device,” then click the option that says “Bluetooth.” A new box should now appear that reads “Wireless Controller.” Click here and if asked to enter a password, type “0000.” Your PS4 controller will be ready to use once the password has been accepted.